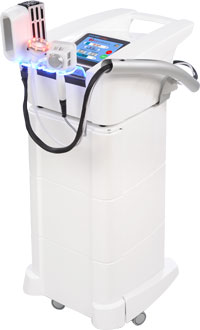 How many women have told us: if only I could make those awful saddlebags disappear; if only there was a magic wand to remove my belly; I wish I had toned knees again… Those women most often exercise, eat a healthy diet, and nourish themselves with creams, but there are still fat deposits that are difficult to get rid of even with the strongest will. Sometimes we suggest liposuction, laser, or other modern treatments. However, these women rarely opt for invasive or permanent methods.

That is why we are pleased to introduce an ideal solution for all those who would like to remove fatty deposits on certain parts of their body, quickly and painlessly. It is called CryoVAC – a technology that acts on the basis of hypodermic tissue stimulation, and combines cryotherapy with endodermic therapy. It is also popularly known as cryolipolysis, but this device cannot be found in cosmetic salons – it is a complex technology for medical use only, used for back fat removal.

We are dealing with a revolutionary method originating in the United States that has in just a few years become popular worldwide for shaping the contour of the body, and especially for removing cellulite. It’s a total freezing wonder! And it removes all that nasty fat by freezing it. As of now at the Polyclinic Milojević, which is always in line with global achievements in aesthetic medicine, for the first time in Croatia we are presenting a magical method to fulfil your wishes.

The new CryoVAC machine, manufactured by Iskra Medical, operates with the help of the HTS (HypoThermic Stimulation) method. Naturally, there are different machines for cryolipolysis, but CryoVAC meets medical standards: you must have a polyclinic and properly trained staff to be able to work with the machine at all. Namely, CryoVAC is a substitute for surgical liposuction and so it is not considered a cosmetic treatment, but rather a medical one. Therefore the only effective medical cryolipolysis can be provided in our Polyclinic. For incredible results in just an hour! 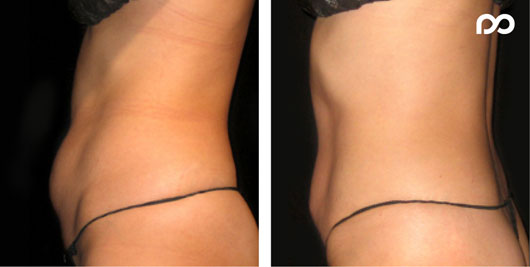 How does Cryolipolysis work?

Cryotherapy – cooling that acts on biochemical, physical and chemical processes by initially decreasing them, and then significantly increasing them. A change in osmotic pressure takes place, the cell membranes become permeable, and diffusion increases. Cooling the tissue causes an increased excretion of the transmitter in nerve fibres, which significantly speeds up the metabolism and all enzymatic processes in the cells. Cryotherapy is exceptionally innovative because in addition to the excretion of fat cells it also improves skin tonus.

Straight and simple: even the name itself tells us it has something to do with cooling: cryo – ice, lipolysis – the breakdown of fat cells. A selected area of fatty tissue is frozen at an exact chosen temperature (determined by the therapist) for 40-60 minutes. During this time, the cells are crystallised and break down. After that they are gradually excreted from the body over the next several weeks.

In agreement with the client, the therapist treats one critical area after another, for example, the lower abdomen, upper abdomen, or thighs (each leg individually). The designated area is raised with the aid of a vacuum applicator set between two metal plates that cool the treated zone. Before treatment, the skin is protected with gel, clear plastic wrap, or cream, and there is no danger to the surrounding tissue. Fat cells are very sensitive to cold, and that is we treat only those areas whose excess we wish to remove. The vacuum applicator causes increased blood pressure in the selected area so the client does not feel the coldness. The method is entirely painless.

Get rid of swim rings around your waist, saddlebags on your thighs, fat above your elbows, knees, and back… Stubborn fat that won’t go away even with exercise or diets. Whatever you want, we can freeze it away!

During back fat removal treatment you may experience mild swelling and redness which will disappear after a few hours. Each treatment removes about 20% of fat cells that are excreted through the lymph system over a period of several weeks. The procedure can be repeated on the same part of the body every 3 weeks, and on other parts of the body once a week.

Naturally, the results will be even better if they are combined with other techniques such as radiofrequency, lymphatic drainage, vacuum cavitation, etc. The best results require exercise, a healthy diet, and an intake of at least 2 litres of water a day. But it’s worth it because with a little effort you can shape the body you desire. 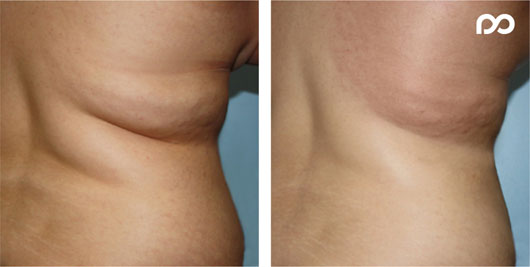 Unfortunately we do not yet provide cryolipolysis (fat freezing) in our London clinics as of yet, but we do abroad!

Cryolipolysis (Fat Freezing) can help with these Conditions: