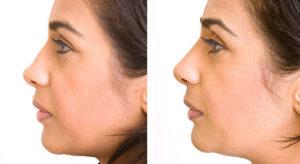 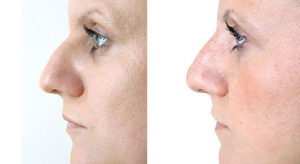 Another thought of the month, and yes, we have written about this quite a bit in the past, but with the summer well behind us and christmas approaching fast, why not walk proud with your nose held up high…

The nose is the centre of the face, the central feature of the devine proportions which shape the face, so a very very important focal point. In croatian we say “moj nos moj ponos”, which means “my nose my pride”, and it puts things in a brilliant nutshell.

Surgeons have struggled with surgical nose shaping procedures for centuries , and even Sushruta, the godfather of modern plastic surgery, was doing nose recontructions as far back as 800BC. Famously he developed a “flap” reconstruction for the nose still used similarly today, when he had to give a princess back her beauty. This princess had previously had her nose amputated as a punishment for adultery. This punishment was a common one back in 800BC , and having ones nose damaged in this way  seen as the biggest form of shame.

Surgeons struggle to this day to perform a successful rhinoplasty, and my father Prof Boško Milojević was known the world over for his brilliant rhinoplasties and was certainly the best in the 20th century. It is a difficult operation, a difficult one to get right. Dr Siniša Glumičić, my father’s pupil, is certainly one who performs this procedure well to this day, but there are not many more surgeons of whom I can say that..

And then came the 21st century , and the “lunchtime” non-surgical rhinoplasty with hyaluronic acid dermal fillers. Quick, easy and perfect! So perfect!

The nose shaping procedure is one of those wow treatments. It takes only 10 minutes, the side effects are minimal, and not only can we smooth out lumps and bumps, and straighen noses, but we can also get rid of dorsal “humps” and can in fact reduce the size of the nose!! A miracle? No,  just by changing the proportions of the nose and face, the nose can appear to be smaller.

A touch of botox in certain parts of the nose, can also raise the tip and change the shape.

I am proud to be Q-med’s lead doctor for this procedure, and I guess I write about it so much because I am just so passionate about performing it..

Here are a few of our previous blogs and texts about this procedure:

Milo Clinic in Grazia Magazine– The Rise of the Tweakment