Harper’s Bazaar: Everything you need to know about non-surgical nose jobs

A leading aesthetic doctor answers all 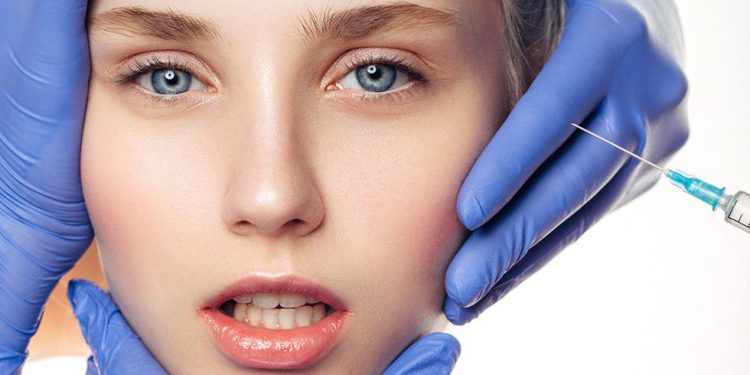 Non-surgical rhinoplasty (more literally known as ‘nose filler’) is an aesthetic treatment rising in popularity with women and men alike. According to data released by a private clinic, such non-surgical nose jobs increased by 29% over the past year. With an evident rise in the use of aesthetics due to social media and celebrity influence, such quick and easy ‘lunch break’ treatments are becoming fairly commonplace.

We spoke to Dr Nick Milojevic, one the UK’s leading aesthetic doctors and owner of the Milo Clinic, to find out more about how nose fillers actually work, the results and risks.

How do non-surgical nose jobs work?

“By carefully injecting dermal filler above and below the ‘bump’ on the nose, we can very easily make the most ‘hooked’ of noses, look completely straight. Additionally, by applying filler around the tip of the nose, we can make it look thinner and more refined, and can further lift the tip of the nose by injecting Botox into the depressor nasalis, the muscle which continuously pulls the nose down.”

What are the benefits of this treatment over traditional rhinoplasty?

“We now have more and more options for performing non-surgical procedures. Being non-surgical it means less risk, less downtime, fewer side effects and yet with very similar results. The new non-surgical nose job using dermal fillers means we can do so much in just five minutes and with no pain. Surgical rhinoplasty, however, takes a month or longer to recover from and results are not always perfect. I was one of the first doctors a few years ago who developed the technique of the non-surgical procedure now done by doctors all over the UK.”

Non surgical nose shaping, one of my favourite treatments and this is one of my favourite results. Just a 5 minute , painless procedure using hyaluronic acid dermal fillers, and this patient was overcome with pure joy and happy disbelief straight after the procedure! A true wow treatment!! One of 15 noses we straightened in London last week.. 15 happy happy patients with straight noses, and no side effects. Just 1ml of Restylane classic filler is needed.. #nonsurgicalnosejob #rhinoplasty #3pointrhino #nonsurgicalnosereshaping #wowtreatment #restylane #hyaluronicacid #happypatients #purejoy

What if you don’t like the results of the non-surgical version?

“It’s not permanent, so if you don’t like the results you can wait a few months, or have it reversed. A surgical nose job is permanent, and now often we find we are using the non-surgical fillers to correct rhinoplasty which has gone wrong, which goes to show it can be the better option.”

What has influenced the rise of nose fillers?

“Many actresses and singers will have little tweaks with filler; people can see that top actresses such as Jennifer Anniston, for example, have had a few tweaks, and somehow they seem to have had these procedures done with zero downtime as they step out looking great. We are living in a fast-paced society with social media platforms like Instagram influencing women, and people want things done quickly and efficiently, yet with an affordable price point making it more accessible to them.”

What does a non-surgical nose job actually entail?

“We lay the patient down and clean the surface, then we use a thin needle to introduce a hyaluronic acid filler, the typical ones being Juvéderm and Restylane Perlane. Then through a tiny needle we inject the filler into the areas it is needed, almost like a sculptor. Once done, we mould it a little bit, and finally give the patient aftercare instructions, such as not to wear sunglasses for a little while. The full non-surgical nose job procedure takes only 10-to-15 minutes and the results are instantaneous.”

“We use modern fillers which contain some local anesthetic in them, and this coupled with our light-handed technique, makes the procedure is quick and painless.”

Wow treatment! Examples of before and after photos of patients on whom I performed the non surgical nose straightening and shaping using hyaluronic acid dermal fillers. A 10 minute procedure , which is painless , safe and simply wow! #wowtreatment #miloclinic #nonsurgicalnosejob #nonsurgicalrhinoplasty #nonsurgicalnoseshaping #dermalfillers #restylane #juvederm

How long do the results last?

“As we do not move the nose too much, the results can last as long as 12-to-18 months, and with repeat treatments, they can last even longer.”

How safe is it?

“Juvéderm and Restylane Perlane, which is used in this procedure, is a biocompatible and biodegradable product which means that it is not harmful to the body and is broken down and removed from the body naturally. These hyaluronic acid nose fillers come in the form of a sterile gel produced in the laboratory.”

Are there any side effects?

“Some injection-related side effects can occur including redness, tenderness, swelling and bruising. None of these are ever very serious and they will resolve in a matter of days.”

Glamour Magazine: This is what having your lip filler dissolved actually involves

Metro: Are we going to swap lip fillers for lip lifts?