What is Baby Botox and why are more young women than ever having it done? 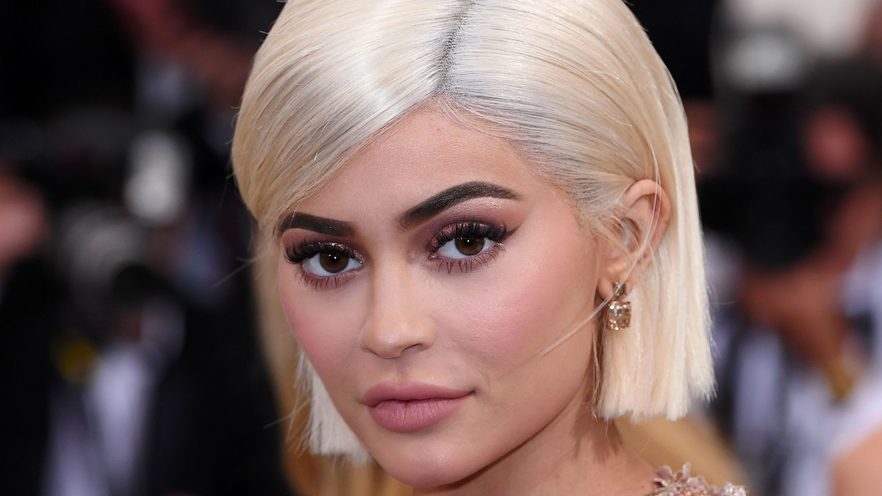 Kylie Jenner has admitted to having lip fillers at 17. Is ‘baby Botox’ next? Credit: Rex

Baby Botox is big news among influencers – and the cosmetic surgery trend is set to hit an Insta-feed near you soon. In fact, you’ve probably already seen it, but you might not have realised on first glance.

Forget duck lips and frozen foreheads, there’s a new ‘au naturel’ look in town termed ‘Baby Botox‘ and the experts are – predictably – crediting Meghan Markle with sparking the trend for all things naturally beautiful. ‘I saw a good few patients attend my practice in 2017 armed with an image of Kylie Jenner,’ says Dr Nick Milojevic, owner and lead practitioner at leading Harley Street practice, Milo Clinic. ‘But in all honesty, it is not a fantastic representation of what lip treatments can achieve. 2018 will definitely see a more natural lip that aligns with the other features of the face without dominating the face. We have Meghan Markle to thank for that, with her beautifully natural yet full lips’

As more women than ever in their 20s and 30s queue up for baby Botox, what do we need to know?

What is Baby Botox?

In short, it means ‘mini Botox’ rather than going the whole hog. Intended to counter the frozen look that seems to have become de rigueur in Hollywood circles, modern influencers and models are looking for something more subtle. Dr Nick Milojevic explains, ‘The baby Botox treatments involve tiny doses of Botox which are injected into the usual areas – lips, forehead – but longer gaps are left between treatments and whereas in the past women would ask for two or three syringes per treatment, now I’m more likely to recommend one, or even half a syringe. This means more movement is present in the face.’

How much does Baby Botox cost?

‘For the recommended three treatments – each with a one-month gap in-between, you’d be looking at £800, depending on the type of treatment you opt for,’ adds Dr Milojevic. ‘I was at a dinner party recently and a 25-year-old woman asked if I could give her Meghan Markle’s heart-shapped lips. I have also had a number of models request the same. That over-done duck pout look is out and was only ever caused because too much filler was being used and in the wrong places – I.e. too much in the upper lip. As a general rule, if you split the lips into three, the size of the bottom lip should be two thirds of your mouth and the upper lip should be one third. But for years, this was unbalanced.’

How does Baby Botox work?

Much of the millennial appeal of baby Botox lies with the fact that it is preventive rather than overly corrective. ‘I tend to recommend the platelet-rich blood plasma fillers using your own blood (also known as the ‘vampire facial’), which work with your own stem cells to produce natural collagen – for that subtly plumped look,’ says Dr Milojevic. ‘This also rehydrates the skin and counters sun damage, for a wonderfully fresh, youthful look. One model in her late 20s recently came to see me because she wanted to shine for longer, so the baby Botox is good for rejuvenating the skin without the extreme effects of fillers or Botox.’

It is no surprise that the Insta-gen are signing up in their hundreds for a #nofilter look without the extreme fillers. Modern influencers know that natural – even with a little help – has more currency. ‘The baby Botox is also great for correcting scars and acne, as the blood plasma treatment contains anti-inflammatory and antibacterial properties to improve the skin around the lips and face,’ adds Dr Milojevic. ‘In that sense, it works in the same way as PRGF (plasma rich in growth factors) treatments, which are used by the likes of Christiano Ronaldo for correcting tissue damage in sports injuries.
Could it mean the end of Hollywood’s identikit frozen duck face? We can but hope.

So does it work?

Writer Hannah Lewis went to The Milo clinic to meet Dr Nick Milojevic and put baby botox to the test. Here’s her verdict: 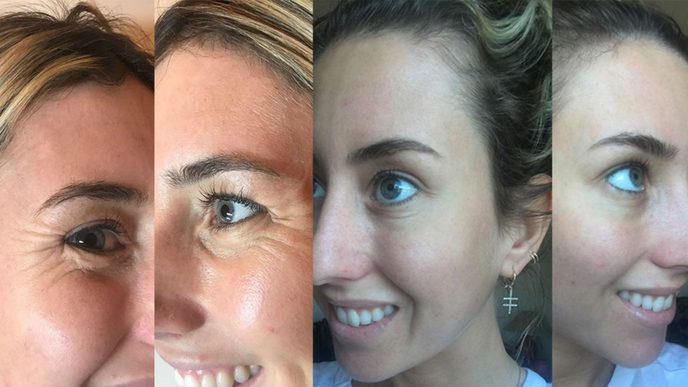 Before and after: Baby Botox to the test

‘For a few years now I have had increasingly noticeable crows feet, which when I smile and laugh are very prominent. But I hadn’t previously considered Botox due to seeing so many bad jobs and faces that don’t move. It totally put me off. After hearing about the Baby Botox however, I was intrigued to see how much effect a small dose could have. The procedure was super quick, less then 10 minutes altogether, and I had four injections around and under my eyes, plus 3 in to the top of each brow. I won’t lie, it’s not pain-free – after all they are injections – but it was all over in a matter of minutes. There were no marks or bruising from the injections and after 2-3 days I could already notice the effects. My brows are slightly lifted giving me a fresher, brighter look around my eyes, and when I smile the crows feet are totally gone. My whole face still moves completely naturally, it has just eliminated those lines. I should flag however that for the first week or so my face did really ache, like I had been laughing all day, but that has now passed and I’m really impressed with the results. I have had countless comments from people asking if I’ve had a facial because my skin looks great.’