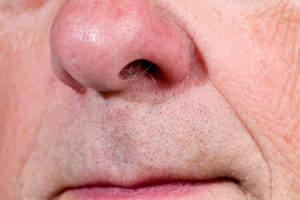 The word Rosacea derives from the term ‘red as a rose’, dubbed as “roseacea”, and is a chronic inflammation of the skin, often resulting in redness and flushing.

Rosacea is a common skin condition with 10% of the population identifying themselves as sufferers. The cosmetic condition can mostly be found in men and women over the age of 30, especially those with a fairer skin tone.

The exact cause of Rosacea is still unknown; however, numerous potential reasons have been suggested. The general belief is that Rosacea is caused by genetics, abnormalities in the blood vessels which leads to their visibility, and microscopic mites that live harmlessly in the skin but appear in large numbers for Rosacea sufferers.

There are many factors that can act as a trigger to Rosacea including exercise, hot drinks, alcohol, extreme weather conditions and even spicy food.

Our London clinic covers rosacea treatment options too, so you can pick the one that suits you best.

We provide the following treatments for Acne Rosacea: