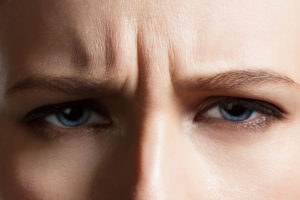 Frown lines, sometimes known as Glabellar lines, commonly appear as two deep lines nested between the eyebrows or as horizontal lines that can be seen across the forehead.

Frown lines develop as a result of thinning skin around the affected area, sun damage and movements of the facial muscles – in particular, the procerus and corrugators.

Frown lines are a natural sign of ageing. The skin’s natural proteins, such as collagen and elastin, play an instrumental role in the skin’s youthful appearance. Over time and as we age, the rate at which these proteins replenish significantly decreases and our skin become less adaptable, therefore losing its elasticity.

We provide the following treatments for Frown Lines: